Why Americans and Chinese DON'T TRUST Each Other 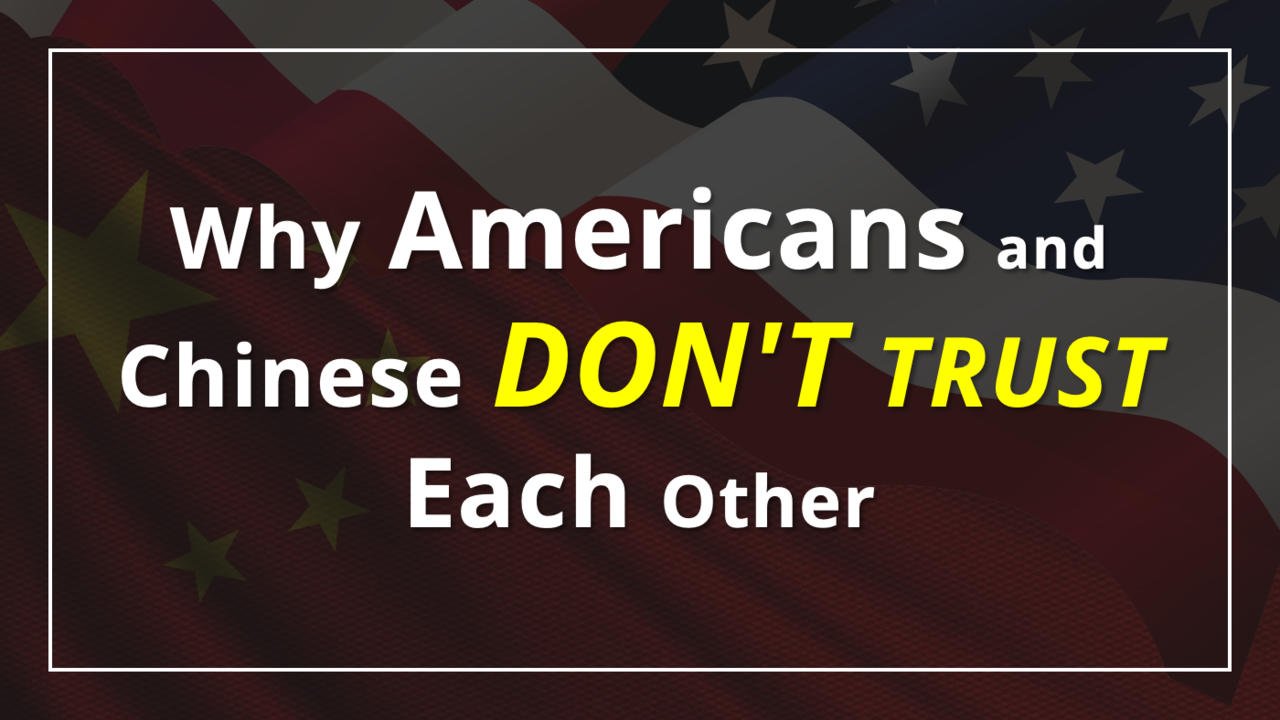 Greater TRUST between America and China, geopolitically, and individually between Americans and Chinese is now more important than ever, but sensationalist Western media and Chinese propaganda have led to increased xenophobia and despicable actions by individuals on both sides, though it is more prevalent with the less traveled.

Westerners actively doing business in China are less prone to offensive gestures than those who have never traveled overseas, and the same is true of racism in China giving it a negative reputation, especially against Africans during the current Coronavirus pandemic.

Cultural biases aside, there is a fundamental reason why Americans don't trust Chinese people and vice versa.

Americans believe a person's trustworthiness based on their judgment whether someone is honest, fair-minded, and generous.

Chinese equate a person's trustworthiness as the likelihood they will reciprocate favors, goodwill, and give compliments known as the giving and receiving of Face (Mianzi).

Nepotism in Chinese culture has been deeply embedded in the Chinese mindset since the time of Confucius, and it is not likely to change anytime soon, so the solution for greater mutual trust begins with greater cultural awareness followed by more empathy, patience, and flexibility.