RISKS OF NOT UNDERSTANDING THE CULTURAL CONTEXT OF 'GOODWILL' IN CHINA 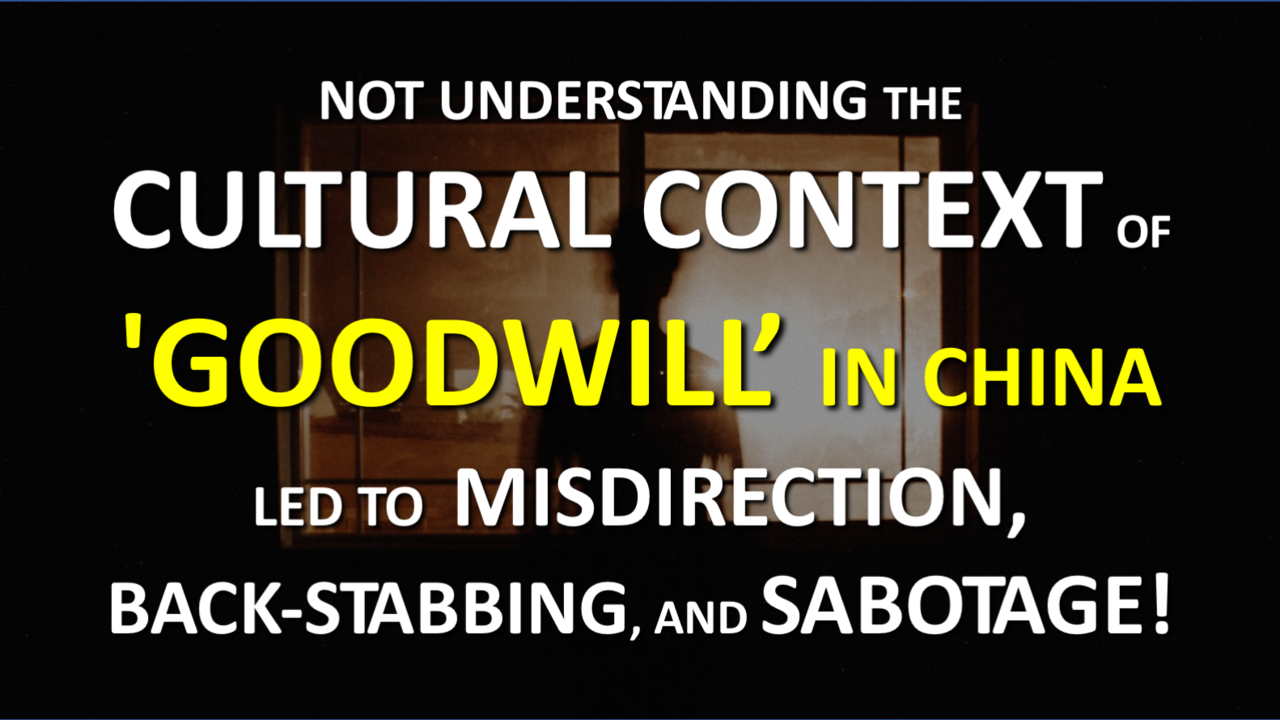 Reciprocity and the exchange of favors are customary in China, so it was no surprise that my most senior direct report tried to anticipate and fulfill my every need.

Richard was China Sales Manager when I accepted my role as Sales Director, APAC. In hindsight, my appearance on the scene was both a potential opportunity and potential threat to Richard.

During my honeymoon period in China, the initial period when everyone is accommodating your every need and praising all your unmet potential, I was completely unaware of the dilemma I presented to Richard, nor of the potential ramifications of ignorance.

Richard had a lot to gain if we aligned and collaborated, but he also had a lot to lose if I misunderstood and exposed his machinations in dealing with local Chinese stakeholders.

While Richard focused on developing our 'Guanxi' relationship, I naively directed my attention towards "big picture" strategy, neglecting to consider how perceptions within my orbit could have a cascading effect on my ability to get things done, and not being empathetic towards Richard is a principal case and point.

I did not guide Richard towards my alliance, so he naturally formed a covert counterinsurgency against me.

Since the facade of goodwill that Richard extended towards me never waned, my ability to fulfill my responsibilities tipped out of favor before I realized the misinformation perpetrated against me had caused irrevocable damage to my reputation.

I immediately negotiated an amicable separate without firing a single return shot!

I saved my 'Face' and that of the organization and quietly parted company with a nice severance package. I lost due to my myopia, but I survived to fight again.