An Illustrated Anatomy of Cultural Bias

I posted a video to shed light on FOX News' bias towards China, and then I posted another video to examine whether FOX's main competitor, CNN, contained any subconscious bias, and more importantly, how we should be more aware how we interpret what we hear in the media.

This conversation of the second video I posted illustrates exactly the type of comments that I feel are counterproductive towards any meaningful dialogue.

COMMENT: Just be glad that you have the option to live in the US and is free to express your personal opinions without any risk. If you truly want to bridge the gap, you should help the outsiders to understand why the average Chinese citizens would so blatantly accept the government propaganda without second thoughts because they don't have access to historical facts. That would give the context for outsiders to be more empathetic to the average Chinese. I'm not sure what you're trying to accomplish by devaluing factual journalistic reporting and freedom of speech that you have the luxury to enjoy.

REPLY: If we want the current trade war between the US and China NOT to devolve into a hot war, then there is only one thing we can control...OURSELVES.

As an American, I'm aware enough to know when FOX News and CNN or CNBC "report" a completely different take on identical events, for example, what President Trump meant when he said...

Then I know that all news is biased and all reporters are not androids.

I know the downside of "freedom of speech" means that any idiot can say anything, whether it is truthful, culturally nuanced, or a flat out lie without repercussions.

I DO teach Chinese to better understand Americans, and I've done that formally at SISU, ECUST, and HKU-IBC, where I taught cross-cultural management to Chinese executives in Chinese.

This video is NOT for Chinese people!

I reach them via Zhihu and other channels where they congregate.

This video is to help non-Chinese to take their own biases and prejudices out of the conversation of a divisive issue as a means to move towards greater harmony rather than conflict.

COMMENT: The "biases" that you identified in the video are hardly biased--they are just facts. Thousands of unarmed civilians were massacred and the reporters were harassed. But the average Chinese may find these views radical or even insulting because they don't have accessed to facts and free press. Non-Chinese needs to be aware of the propaganda fed to the Chinese and develops empathy in order to bridge the gap.

REPLY: It was NOT a fact that the guy in riding the bike and blocking the video was a plain-clothed police officer.

REPLY: Perhaps not (we should all aspire to know more than we do), but that is also a biased assumption that is less likely to lead to a constructive conversation.

Perhaps you didn't realize that I've consulted for Chinese SOEs onsite in China.

Perhaps you didn't realize that I have family members who are police officers in China.

The purpose of this video wasn't to compare democracy to socialism.

The purpose was to examine whether there is a better way to interpret what we watch in the media, and whether we are able to manage our emotions within a larger cultural and historical context.

Perhaps if you saw this photo of me sitting in the front row, your attitude would be more open-minded to what I am trying to achieve.

That's me in the white sneakers 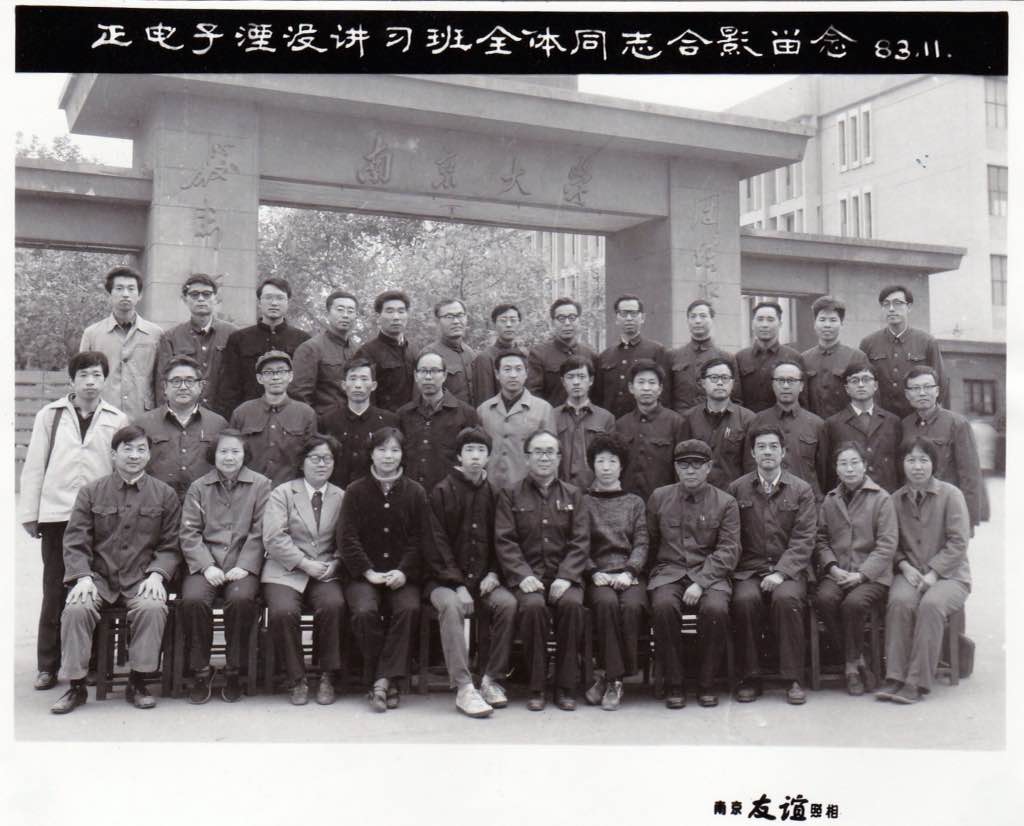 COMMENT: You believe telling non-Chinese that the western view is "biased" (even for the fair reporting on Tiananmen Square) is a way to level the understanding gap. I believe in telling non-Chinese to be empathetic to the average Chinese has a knowledge gap due to the propaganda. Let's just say we agree to disagree.

REPLY: I believe the assumption you made that I must not know enough about China to be the type of assumption that many Westerners doing business in China have that is a leading source of their frustrations and dysfunctional relationships with Chinese partners.

I believe greater empathy towards individuals should not be influenced by the macro environment.

I believe history isn't something to agree or disagree on because I believe the interpretation of it in the larger context is what is important.

I believe the path to more constructive dialogue with the other side begins with adjusting our own attitude, mindset, and approach.

I believe our similarity in this conversation is we are both taking about me. We both are talking about my views, while I am the only expert on that.

COMMENT: I don't see how you're the communication expert you claim to be if you can't even have an intellectual conversation without the constant flashing of your credentials.

REPLY: I didn't flash any credentials in my video, but I felt it was appropriate to illustrate how dramatically someone can make a false assumption.

COMMENT: Your profile is on LinkedIn. I didn't assume. That's the false assumption that you've made.

REPLY: I think you got the wrong person. No where in my profile do I say am I'm a communications expert.