Do Chinese use Art of War tactics during negotiations? 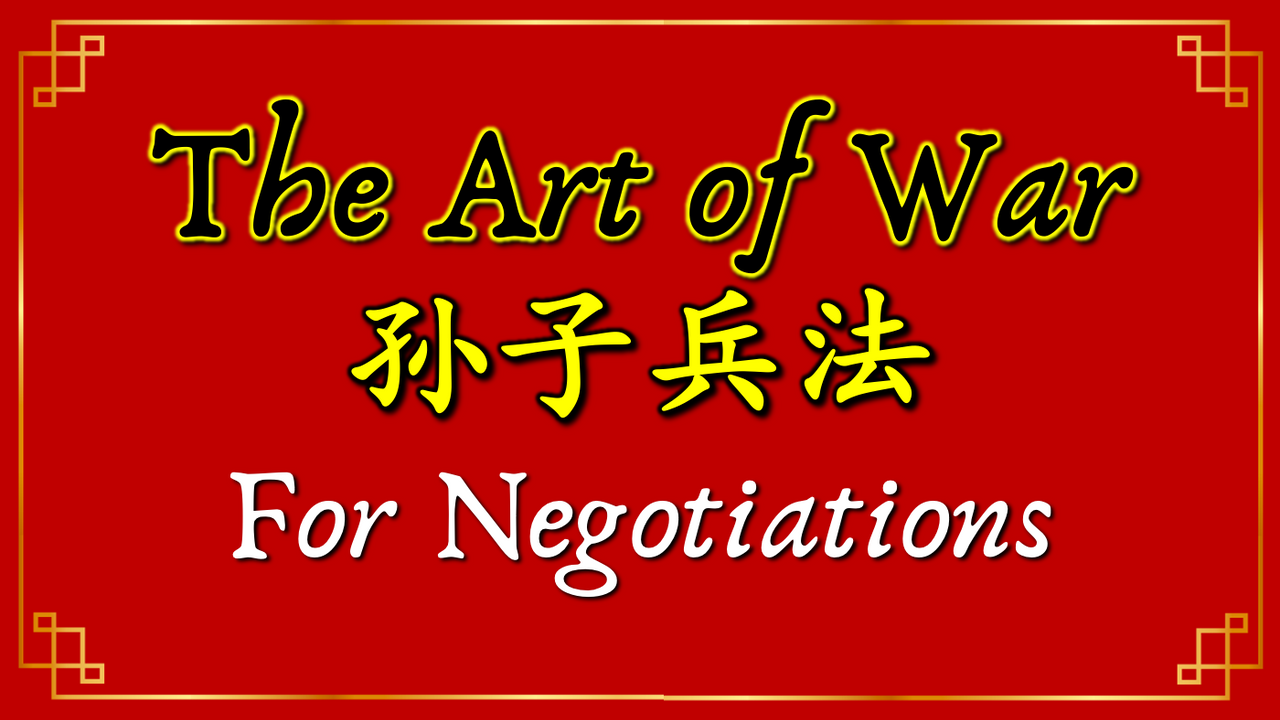 Have you ever felt frustrated negotiating with Chinese people? When they are NON-COMMITTAL, do you believe it is deliberate, cultural, or both?

Answer: It's neither, both, and irrelevant because the cause of our (Western) frustrations originate from practices that happen subconsciously from Chinese people as a matter of routine.

Insight is POWER when you know what to do with it...

Simple issues often encounter irrational resistance because of TIME-perspective and cross-cultural disconnects. Over many millennia of war (Sun Tzu) intertwined with Confucian-based philosophies, ordinary Chinese people have developed tactical instincts that frustrate Westerners on the one hand and drive concessions on the other.

For example, you may be willing to consent or compromise for the sake of saving TIME because you consider it too valuable to waste. That said, if you do not fully grasp the nuances of Chinese culture, rituals, and stratagems (AoW), you will likely “feel” frustration over the patience needed to negotiate a more favorable outcome.

Knowing HOW the other side thinks and accurately interpreting their responses during negotiations will empower you to extract more short-term concessions and long-term benefits.

In this lesson, we will examine Art of War (AoW) tactics that Chinese people employ during negotiations, sometimes subconsciously as a cultural reflex, to gain an advantage. Let’s explore HOW to use similar tactics in reverse to minimize the steps needed to effectively counter their onslaught of misdirection while discovering a mutually beneficial way forward.

When one side that thinks in absolute terms negotiates with another that perceives the world in relative terms, there is an accumulating disadvantage for the party that focuses on specifics.

Paying careful attention to what the other side thinks during negotiations will reveal insights and create tactical advantages.

Flattery takes people off their guard. Plus, it is part of a Face-giving culture in China that's central for developing real Guanxi relationships that are the cornerstone for all successful partnerships. Condition yourself to be pleasantly surprised whenever the other side says something.