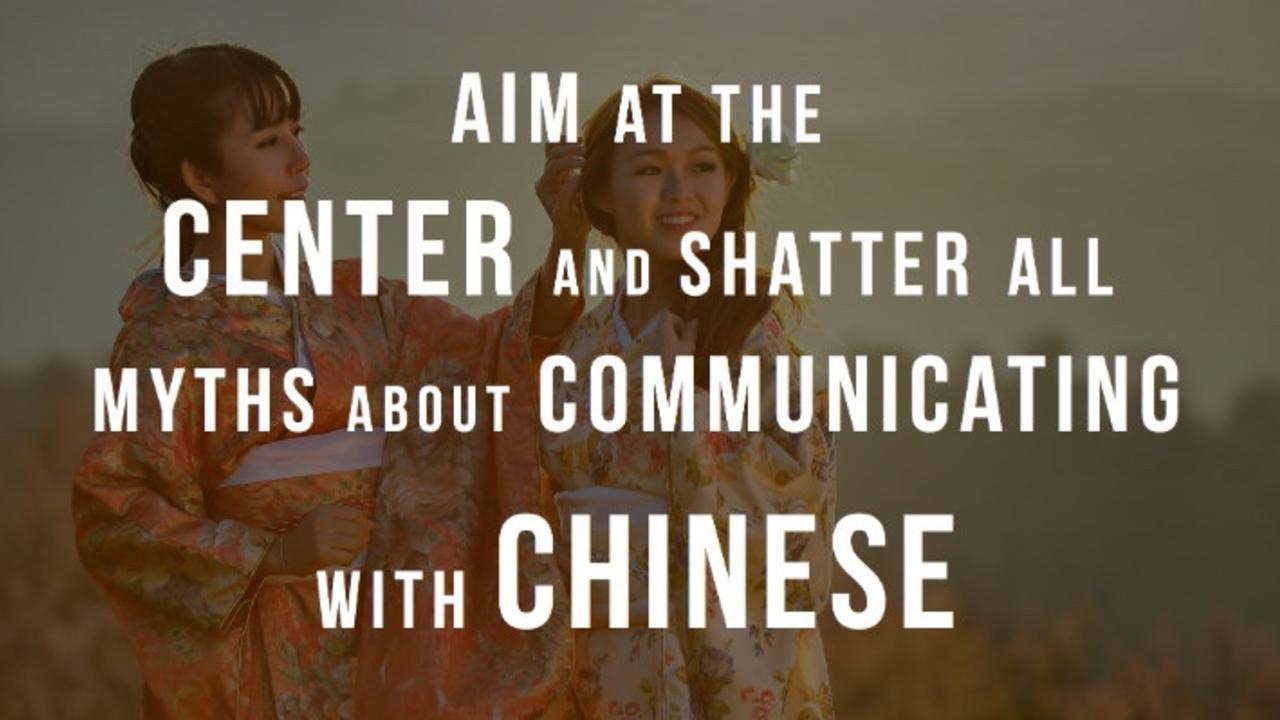 For many Westerners who think in more of a linear fashion with a sense of cause and effect that follows a logical progression from point A to point B and so on, communicating with Chinese who think more circular and holistically can be quite the challenge. We always try to maintain our composure in the beginning, but the perceived irrationality and belligerence often overtakes our professional sensibilities, and we naturally become judgmental, critical, and emotional, we lose our cool.

I have learned not only how to understand Chinese linear thinking, but also how to meditate, manage, and progress positively towards a mutually beneficial outcome when entangled within its web.

The empathy that I have developed over many years and numerous relationships alone was never enough.

The continual adjustments I was making to my attitude, mindset, and approach (AMA Values) also weren't enabling me to reach the final stage of cross-cultural performance mastery, until I added love into the formula. I say "love" because many of my learning experiences involve my wife, but compassion could be another instrument to sing your duets in greater harmony.

My wife is Chinese! Although we met in the US while she was a visiting scholar pursuing a post-doctorate degree in medicine, her AMA Values retain most if not all of the characteristics from where she was born and raised, a typical 4th tier Chinese city in Hunan province. Residents from 1st Tier Chinese cities like Beijing and Shanghai tend to have a more progressive mentality and worldview, but as you get to the lower tiers, the attitudes and mindsets are progressively more traditional.

I use the word "traditional" because being more ideological, nationalistic, or pessimistic is NOT in any way shape or form a negative in the context of comparative cultural analysis, though it does lead to more significant dichotomies with Western thinking.

When attempting to calm emotions toward a more "rational" discussion, even logical statements conveyed in a gospel voice can rarely stem the tide of escalating antagonism across vast cultural chasms, but a recent incident that I was able to deescalate successfully provides a simple illustration of Chinese circular thinking and the way forward.

This example will illustrate why linear and seemingly logical responses exacerbate the problem instead of bringing it closer to resolution, and it also demonstrates why feeling something is irrational and even ridiculous, in typical Western fashion, will further prolong the battle of egos. Yes, it is your ego versus their mianzi or Face.

I shared a picture of our Thanksgiving turkey in a private group chat with three other couples we'd recently started hanging out with from our apartment complex after receiving holiday messages from them.

Can anyone imagine why this action almost led to an escalating argument?

Each one of the following responses made the situation more desperate:

1. "What's wrong with doing that?" - my initial response to "I don't want you doing that again!"

2. "It's a private group!" - my response to privacy concerns with social media

3. "I prefer to be open, transparent, and consistent, this is who I am." - my response to "you don't have to tell other people everything."

4. "I don't understand what is similar, but if you tell me specifically which actions are forbidden, I will remember, but I can't automatically know what is similar because it isn't similar in my understanding. I've never again repeated the previous mistake..." - my response to "that is exactly what you did the last time..."

These are just a few examples of replies that only made things worse, and it is a clear example why linear reasoning almost never penetrates circular thinking.

Six months ago when we were chatting with my wife's former colleague visiting from China, I exhibited knowledge of their office gossip that demonstrated my wife had revealed to me negative things her colleague had told her presumably in confidence. Both of them were no longer with the company, and both of them had the same negative opinion about the person whom I mentioned.

However, in my wife's mind, it was the ultimate betrayal of her privacy because she felt she could be blacklisted in her industry based on what I had exposed, her being untrustworthy with confidential information. Since I never fully acknowledged that I understood the error I had made, she maintains her grievance, and the sharing of our Thanksgiving image was just an opportunity to relieve some pressure and anxiety regarding this past situation.

Yes, my linear, logical mind thought her complaint was ridiculous, but what I believe is irrelevant in the context of having empathy and responding appropriately. Circular thinking connects dots in senseless ways where time is relative.

The key to dissecting circular thinking is to go directly to the center.

If you try to rationalize around the perimeter, you will escalate the conversation until it spins out of control. If you attempt to straighten the arc by explaining yourself or the context of your logic, you will only bend your realities further apart.

Acknowledge the center origin, even if you are lost in space. The gravity of compassion will attract more friendly skies. In this case, it was never about the image I shared with a group of friends; instead, it was an uncomfortable reality for my wife that I had left unsettled.

React to the root grievance at the center of gravity.

Convince them that you ARE empathetic with their plight and obtain the closure you've been missing. Just don't underestimate the complexities of being truly convincing.